Successful Launch at the Mansion House 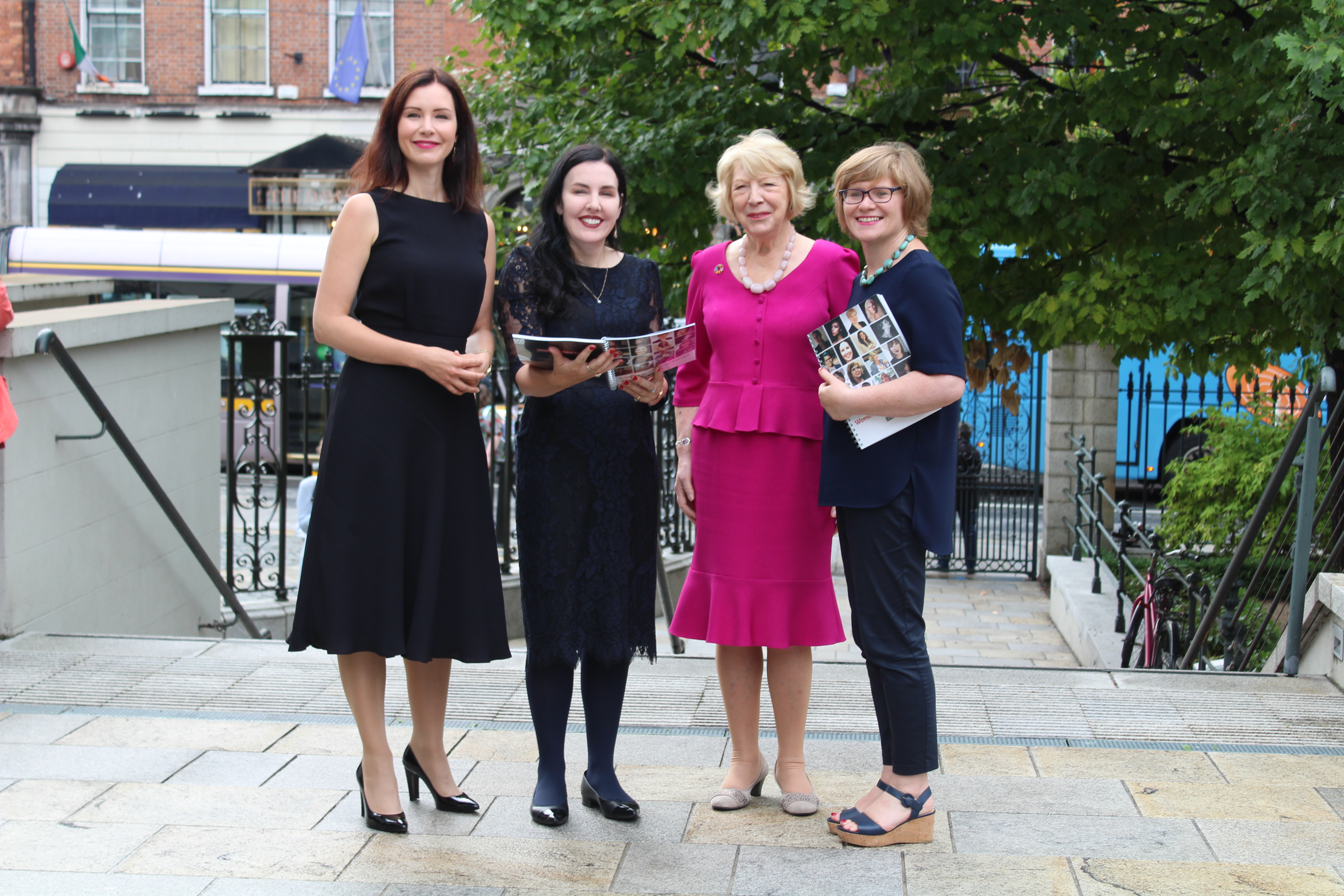 Smashing Times were delighted to run a highly successful launch of the Women War and Peace book and documentary, and the Smashing Times Online Centre for the Arts and Human Rights, at the Oak Room, Mansion House on 15 August, 2018. The book, documentary and website were officially launched by guest speaker Sabina Coyne-Higgins, while other speakers included Orla O’Connor, Vanessa Ogida and Mary Moynihan. We would like to thank all those who contributed to the launch, and all those who attended as well.

Orla O’Connor, head of the National Women’s Council of Ireland, whose interview features in the Women in an Equal Europe book, spoke about the historic change that has happened this year in Ireland regarding women’s rights, as well as the role the Women in an Equal Europe book and documentary plays in promoting women’s stories. After this, Vanessa Ogida, broadcast journalist, motivational speaker, writer, trainer and entrepeneur, spoke about her experience of immigration in Ireland. 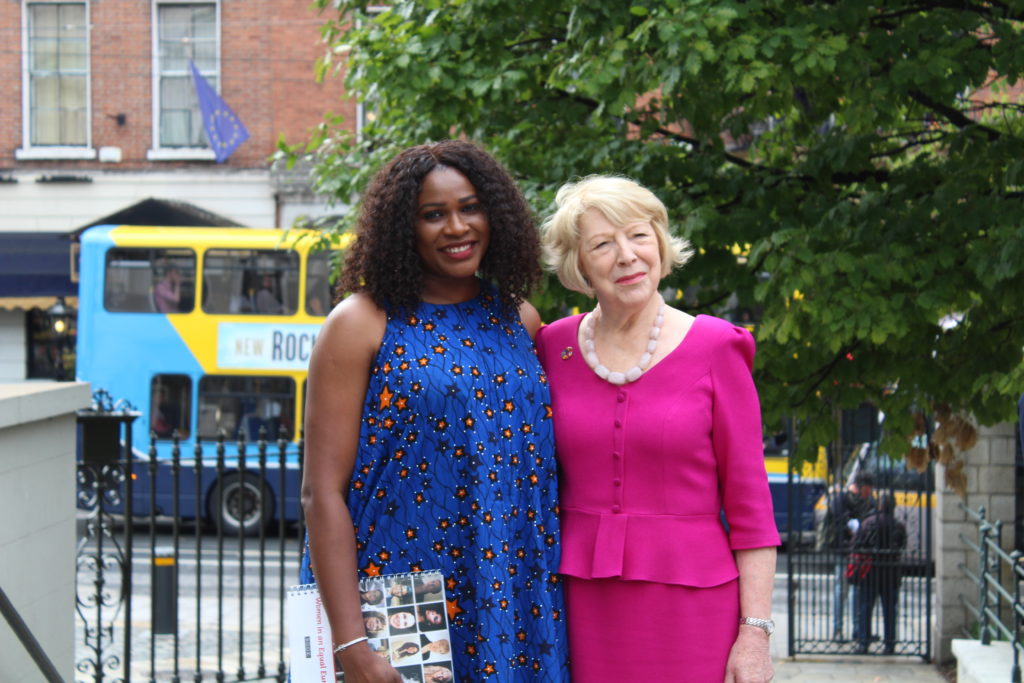 Vanessa Ogida and Sabina Coyne-Higgins outside the Mansion House, Dublin

Mary Moynihan, Smashing Times Artistic Director, writer and theatre and film-maker, then spoke about the essential role the arts, often even unintentionally, play in promoting human rights worldwide. Finally, Sabina Coyne-Higgins, artist, patron of Smashing Times, and wife to President Michael D Higgins, said a few words about the importance of the book, documentary, and new online centre, which she then launched.

A brief excerpt of the Women in an Equal Europe documentary was subsequently shown. The launch ended with a spectacular, original cover of ‘I’m Feeling Good’ by Nina Simone, sung by Carla Ryan with Ellen Mahony on piano accompaniment.

About the Women in an Equal Europe Book

As part of the European project Women in an Equal Europe, twenty-one women were interviewed – six from Ireland, five from Spain, five from Croatia and five from Serbia. The interviews are contained in the Women in an Equal Europe Book, which can be read by everybody, to promote a remembrance of women’s equality and experiences of life in Europe, ensuring women’s voices and stories are equally heard and acknowledged. The interviews are a fascinating insight into women’s experiences, capturing the uniqueness and strength of the women as they speak about their lives and the importance of gender equality for all.

About the Women in an Equal Europe Documentary

About the Women in an Equal Europe Project

The book and documentary are created as part of Women in an Equal Europe, a European art-based project using creative processes of theatre and film and online digital resources to promote a greater understanding of women’s rights and the positive changes that have come about in relation to gender equality as a result of belonging to the European Union. The project was implemented by Smashing Times in partnership with IFES, Valencia, Spain; Youth Peace Group ‘Danube’ (YPGD), Vukovar, Croatia and DAH Theatre Research Centre, Belgrade, Serbia, with activities supported by the Europe for Citizens Programme of the EU, the Department of Foreign Affairs and Trade Reconciliation Fund and the Arts Council Young Ensembles Scheme.

Smashing Times, founded in 1991, plays a leading role in the development of the arts to promote human rights, gender equality, peace building, active citizenship and positive mental health and well-being through high quality artistic processes. The company is lead partner on a range of transnational European projects and is highly experienced in using the arts to promote issues at local, national and European levels linking with organisations in Ireland and Northern Ireland and in countries including the UK, Spain, Germany, Poland, Turkey, Serbia, Croatia, Bulgaria, the Netherlands, Sri Lanka, Greece and Latvia.