Please click on a section below for more information:

Why the Arts and Human Rights?

The Right to Artistic Expression and Creativity

According to the United Nations Human Rights Office of the High Commission, ‘by engaging people and encouraging their interaction through artistic and cultural expression, actions in the field of culture can open a space in which individuals and groups can reflect upon their society, confront and modify their perception of one another, express their fears and grievances in a non-violent manner, develop resilience after violent or traumatic experiences, including human rights violations, and imagine the future they want for themselves and how to better realize human rights in the society they live in. The increased social interactions, mutual understanding and trust that can be built or rebuilt through these initiatives are essential to achieve a range of human rights goals and to respect cultural diversity.’

‘The arts have a unique power to bring people together’ (Amnesty International), to promote change and to advance human rights. Artists are storytellers who can shine a light on injustice using the power of artistic processes to raise awareness about important human rights issues, to inspire people to support human rights and to engage new audiences in human rights advocacy. The end result is increased awareness and activism for arts and human rights, and the long-term promotion and protection of human rights. The Smashing Times International Centre for the Arts and Human Rights will take you on an extraordinary journey of inspiration and education into the world of equality, diversity and freedom.

What are Human Rights?

According to the United Nations, human rights are rights inherent to all human beings, regardless of race, sex, nationality, ethnicity, language, religion, or any other status. Human rights include the right to life and liberty, freedom from slavery and torture, freedom of opinion and expression, the right to work and education, and many more. Everyone is entitled to these rights, without discrimination.

Why is it important to uphold human rights?

Human rights are extremely important to uphold as they ensure that all human beings are treated equally, with dignity, respect, and fairness. They also ensure that every individual’s legal rights are protected.

What are human rights violations?

Human rights violations are the denial of an individual’s most basic human rights, which equates to the denial of an individual’s fundamental moral entitlements. It is to treat them as if they are less than human and undeserving of respect and dignity. Examples range from genocide, torture, slavery, rape, enforced sterilisation or medical experimentation, and deliberate starvation, to detention without trial, restrictions on freedom of expression, identity-based discrimination, and denials of voting rights, the right to education, and the right to rest and leisure.

How do we protect human rights?

What is the Universal Declaration of Human Rights?

The Universal Declaration of Human Rights is a historic document that was adopted by the United Nations General Assembly at its third session on 10 December 1948 as Resolution 217 at the Palais de Chaillot in Paris, France. Drafted by representatives with different legal and cultural backgrounds from all regions of the world, the Declaration consists of 30 articles affirming an individual’s rights which, although not legally binding in themselves, have been elaborated in subsequent international treaties, economic transfers, regional human rights instruments, national constitutions, and other laws. The Declaration was the first step in the process of developing the International Bill of Human Rights, which was completed in 1966, and came into force in 1976, after a sufficient number of countries had ratified them.

The Declaration, commonly referred to as the international Magna Carta, extended the revolution in international law ushered in by the United Nations Charter – namely, that how a government treats its own citizens is now a matter of legitimate international concern, and not simply a domestic issue. It claims that all rights are interdependent and indivisible.

The Declaration has exerted a huge influence worldwide. Its principles have been incorporated into the constitutions of most of the more than 185 nations now in the UN. Although a declaration is not a legally binding document, the Universal Declaration has achieved the status of customary international law because people regard it ‘as a common standard of achievement for all people and all nations.’

In addition to the covenants in the International Bill of Human Rights, the United Nations has adopted more than 20 principal treaties further elaborating human rights. These include conventions to prevent and prohibit specific abuses like torture and genocide and to protect especially vulnerable populations, such as refugees, women and children.

Respect for human rights, dignity and gender equality together with principles of freedom, democracy and diversity are also fundamental values of the European Union. The EU supports human rights through legislation and the European Commission, Parliament and Council have all adopted and agree to a Charter of Fundamental Rights of the European Union, which states that the EU is founded on the ‘universal values of human dignity, freedom, equality and solidarity; it is based on the principles of democracy and the rule of law.’ Since 2009, the Charter has been legally binding on the EU institutions and national governments (when they are implementing EU law). The Charter is consistent with the European Convention on Human Rights (Smashing Times’ Women War and Peace Book).

Globally, the champions of human rights have most often been citizens. In particular, nongovernmental organisations (NGOs) have played a cardinal role in focusing the international community on human rights issues (Human Rights Library, University of Minnesota). 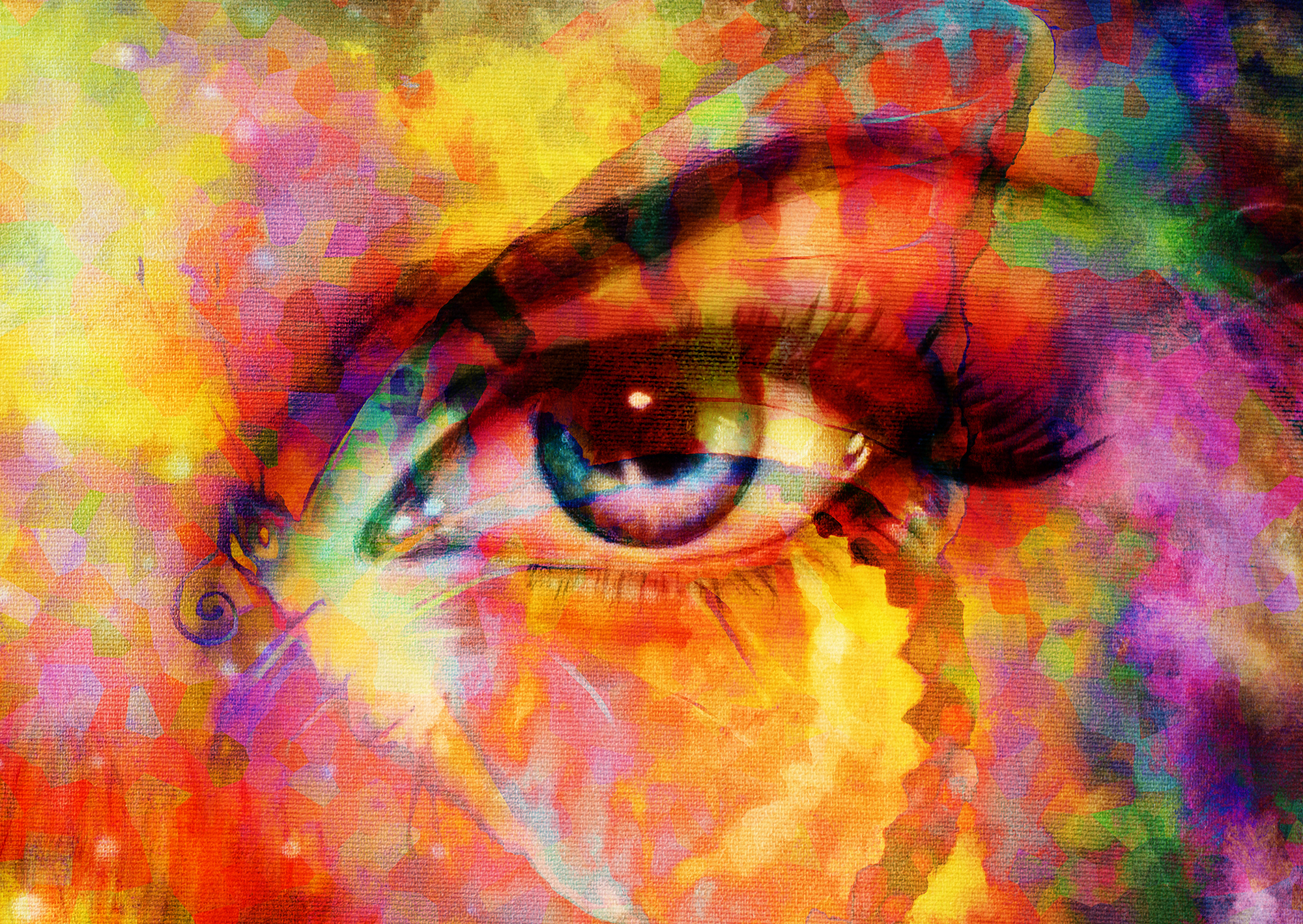 What is gender equality?

Gender equality is the state of equal access to resources and opportunities regardless of gender, across all sectors of society, including economic participation and decision-making. It also involves valuing different behaviours, aspirations and needs of women and men equally.

Why is it important to promote gender equality?

Gender equality is important to uphold as it is a human right. It allows every individual to be treated with due dignity and respect regardless of gender. It paves the way for a fairer, more equal society. Additionally, it has an intersectional benefit, as societies and states with higher levels of gender equality are more likely to uphold the rights of other vulnerable groups, have greater respect for the rights of individual, and have less conflict.

How do we protect gender equality?

Effectively ensuring women’s human rights requires, firstly, a comprehensive understanding of the social structures and power relations that frame not only laws and politics, but also the economy, social dynamics and family and community life. Harmful gender stereotypes must be dismantled so that women are no longer viewed in the light of what women ‘should’ do and are instead seen for who they are: unique individuals, with their own needs and desires (United Nations Human Rights, Office of the High Commissioner).

To protect gender equality at an individual level, we can learn about how gender inequality manifests at social, political, economic, cultural, familial, and individual levels. This helps us to identify more clearly instances of sexism. We can thus confront sexism when we see it, be it in the workspace, at home, at social gatherings, or elsewhere. We can also contribute to projects, organisations, and campaigns that promote gender equality and/or tackle all inequalities prevalent in society. These can include political action groups, women’s shelters, sexual abuse clinics, NGO’s, or arts organisations with a social agenda. Through these, we can get involved in campaigns that may result in a heightened awareness of, or a reduction in, sexism in society, as well as actual political or social change. Perhaps most importantly, we should be supportive, respectful, and compassionate to the women in their life, as they should be towards everybody. Listening closely to women’s experiences of sexism, supporting those who have been hurt by it, amplifying women’s voices, and stamping down on instances of sexism can all help.

Over many decades, the United Nations has made significant progress in advancing gender equality, including through landmark agreements such as the Beijing Platform for Action and the Committee on the Elimination of Discrimination against Women. Gender equality is not only a basic human right, but its achievement has enormous socio-economic ramifications. Empowering women fuels thriving economies, spurring productivity and growth. Yet gender inequalities remain deeply entrenched in every society. Women lack access to decent work and face occupational segregation and gender wage gaps. They are too often denied access to basic education and health care. Women in all parts of the world suffer violence and discrimination, and are under-represented in political and economic decision-making processes (Gender Equality in Ireland).

Within the EU (following the Treaty of Amsterdam 1999), equality between men and women was recognised as a principle and key priority of the European Union and is reflected in a prohibition of any discrimination on account of sex and the introduction of the gender mainstreaming concept (Smashing Times’ Women War and Peace Book).

Please find at this link an article that formed part of Smashing Times’ Women War and Peace Book, titled ‘Human Rights and Gender Equality’ by Edyta Pietrzak and Inga Kuzma.

Smashing Times Publications on the Arts and Human Rights

Other Publications on the Arts and Human Rights

Below are links to some of the most salient research documents, policy documents and books on the arts and human rights.