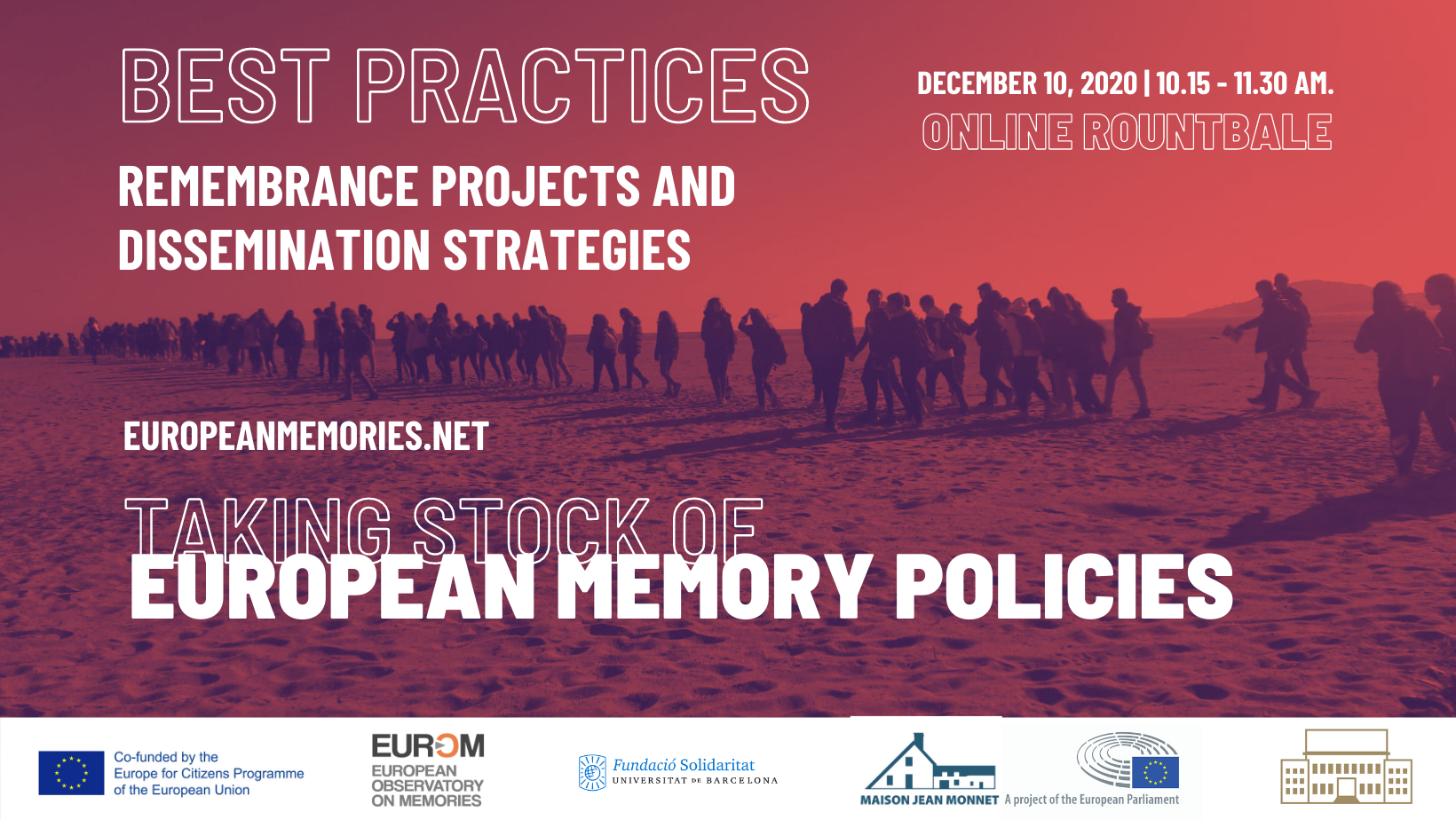 Artistic Director Mary Moynihan will speak at the European Observatory of Memory’s third annual meeting ‘Taking Stock of European Memory Policies’, this year being held online from December 9 to 11.

Mary will speak about our project, EU 1979: A People’s Parliament, and the virtual exhibition of the same name created to showcase artwork and interviews relating to the project. EU 1979: A People’s Parliament – Democracy, Human Rights and Women’s Political Participation is a European art-based project using creative processes of film, a feminist framework, and online digital resources to remember the 1979 European elections through a celebration of stories of 67 powerful women MEPs elected at that time. Out of the 410 MEP’s elected in the 1979 EU elections, 67 were women. Mary’s panel, ‘Remembrance Projects and Dissemination Strategies’ will take place on 10 Dec, 10.15 – 11.30am. Register here.

By remembering and celebrating the contribution of the 67 women MEPs, this project highlights the important role of the EU in promoting democracy, human rights and equality for all, as well as recognising the significant role the EU has played in the promotion of women in political life at national and EU levels. The project remembers the 1979 European elections by collecting and celebrating the stories and names of 67 powerful women MEP’s elected. The stories explore the women’s involvement in the 1979 elections, how women became political actors, and the significant role they played in promoting democratic values that underpin the EU.

Mary will speak as part of a roundtable that will also highlight the ENRS project Making Memory Alive Together,  the new website of the Jean Monnet House, the project Migraid, and the 4th issue of the EUROM magazine, Observing Memories.