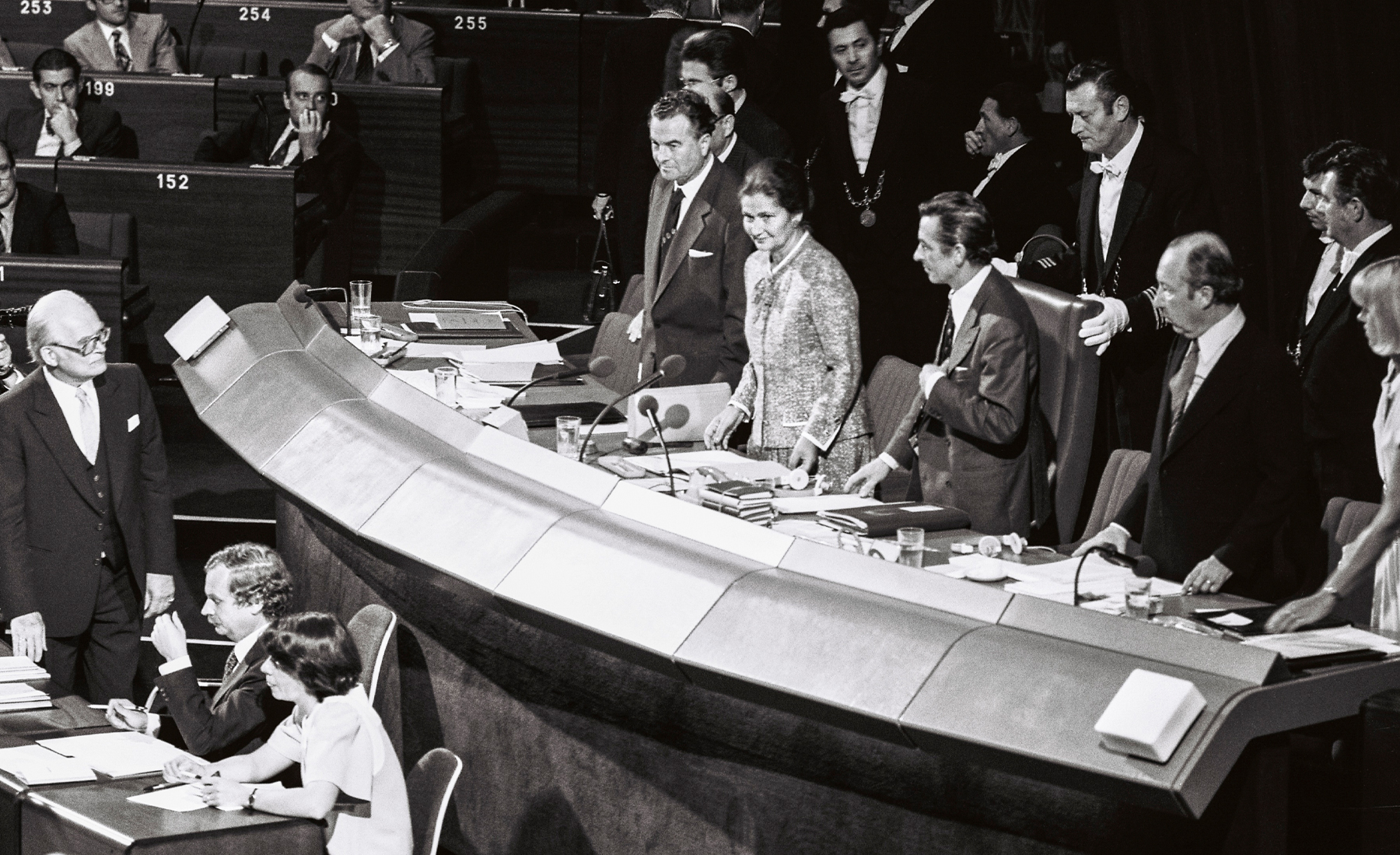 When: 18 September 2020 for Culture Night, 4-6pm
Where: Online event via Smashing Times website

Smashing Times are creating a new digital art exhibition titled EU 1979: A People’s Parliament, featuring a curated collection of visual images, poetry and a digital map with posters, articles and research inspired by the names and stories of 67 powerful women MEP’s elected to the 1979 first European parliamentary elections.

A key moment was the election of French woman Simone Veil (1927-2017) as the European parliament’s first president on 17 July 1979. She was a French lawyer, politician, feminist and holocaust survivor and a woman who fully embodied the deep values and profound historical reasons for the European integration project. In her eyes, the construction of Europe was the only way to avoid repeating the horrors of the past.

For Culture Night, Smashing Times, in partnership with Dublin Castle, will display elements of this unique online exhibition. The event is presented as an early-bird event for the Dublin Arts and Human Rights festival 2020, as part of EU 1979, a European art-based project using film, a feminist framework, and online digital resources to remember the 1979 European elections through a celebration of stories of 67 powerful women MEPs elected at that time. Supported by the Europe for Citizens programme of the European Union.